In this step-by-step guide i’ll show you how to install Redis on AWS (Amazon Linux AMI).

And that would be basically it. Cheers.

Continuing on my series of introductory posts on Redis DB, today i’ll address the subject of replication.

In order to configure the replication, all you have to do is to add the line below (or issue the same as a CLI command from slave) to the redis.conf file of the slave.

to tune the replication process you can play with following options in the redis.conf file:

Have a nice weekend!

What we can choose from are basically two options (or the combination of those):

Both of those options are controlled by two different groups of configuration settings in the redis.conf file:

Advantages and disadvantages of both methods (redis.io):

The general advice from Redis team is that you should use both persistence methods if you want a degree of data safety comparable to what PostgreSQL can provide you.

Welcome to my Blog on Software Engineering 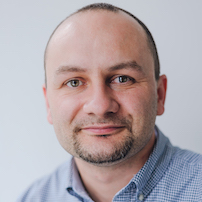